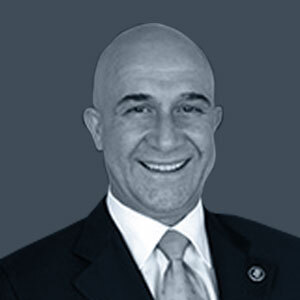 Kian is recognized around the world as a senior executive in global trade and international security.

He has served as:

A graduate of the University of Brighton in 1979, Kian continued his education at Oxford, Harvard Kennedy School, and MIT. He’s a Fellow at the Royal Society of Arts in the United Kingdom and is also the recipient of the Ellis Island Medal of Honor, which has also been awarded to seven presidents of the United States.