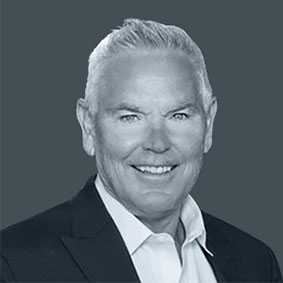 Mr. Zolezzi believes climate change is a considerable threat to the environment and to lives around the world. He is committed to implementing global sustainability and health initiatives.

A career highlight for Mr. Zolezzi was consulting directly with HRH Charles, Prince of Wales, to develop and produce his book and accompanying documentary, Harmony. Both feature Prince Charles’ personal health and sustainability initiatives. Over the last 30 years, Mr. Zolezzi has worked to improve the food supply through organic agriculture, supporting small family farms, and cleaning up the planet through recycling remediation businesses and initiatives. Mr. Zolezzi’s business achievements include:

• Creating a partnership between Wild Oats Market and Walmart to make wellness products both affordable and accessible, which became one of the most successful product launches in Walmart’s history

• Co-founded and launched Pet Promise Natural Pet Food, which quickly became the leader in the natural pet food category. The company was sold to Nestlé Purina in 2004

• Co-created the Association of Family Farms to bring primarily small beef and pork processors together, which successfully ended as the supply chain for Chipotle

• Zolezzi and his team successfully created an avenue for large scale recycling of PET and waste cardboard into recycled roof board with its first customer, Tesla’s battery plant, for Continuus Materials in 2018 which was a portfolio company of The Emerging Infrastructure Fund

• Mr. Zolezzi was an operating partner at Pegasus Capital for six years. He was responsible for sustainability initiatives and spent the last two years co-Chairing the Wellness Committee

Mr. Zolezzi was responsible for creating the Bubba Gump Shrimp Company, putting Horizon Organic Milk into Starbucks, and was the initiator of then Uber Fresh pilot in Santa Monica which ultimately became Uber Eats.

A graduate of Loyola Marymount University, Mr. Zolezzi also entered MBA and Executive Programs including the Kellogg School at Northwestern.

Mr. Zolezzi is the author of seven books including: Uncharted Waters, Do Something: Leave Your Mark on the World, The Detachment Paradox and Chemical-Free Kids: How to Safeguard Your Child’s Diet and Environment. Mr. Zolezzi and his wife have five children and six grandchildren.